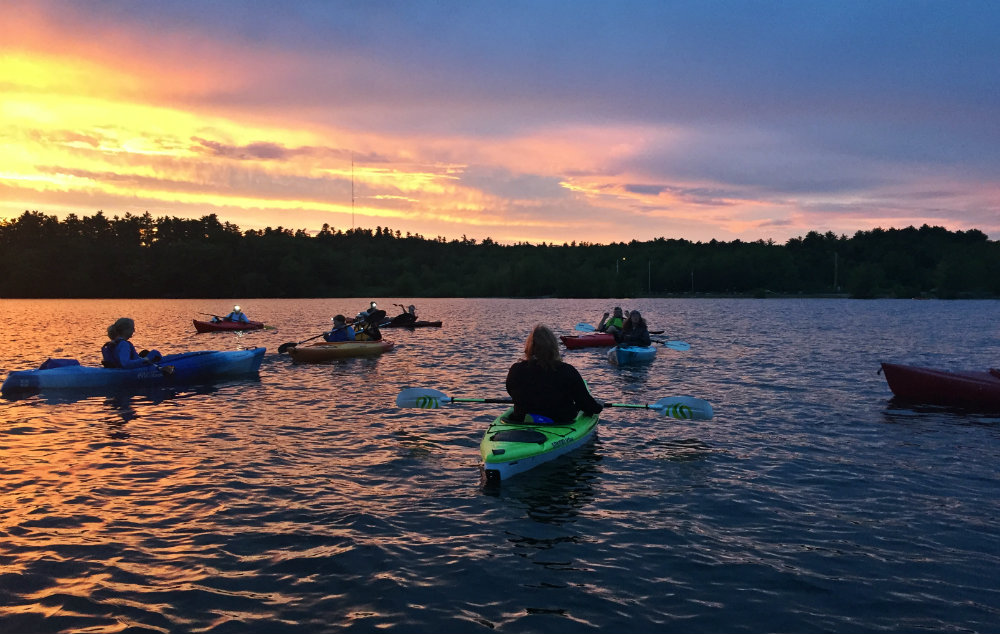 You’ve got the kayak, the PFD, and the paddle – and a paddler’s enthusiasm for being on the water. Now how about some friends to paddle with?

Whether you’re new to paddling altogether or you’ve been paddling for ages and just like the idea of meeting up with new-to-you people, check out the Windham/Raymond Paddle Club.

This is an informal group, largely hosted by the folks at Sebago Trails Paddling Co. in Raymond, although anyone is welcome to organize a paddle and post it to the group’s Facebook page.

Paddles are free if you have your own SUP/kayak, paddle, and PFD (there’s a charity paddle later in the month, where participants are asked to bring a donation). If you don’t own your own boat and gear, you can rent from Sebago Trails for $20.

As you might expect, most of the paddles happen in and around Raymond and Windham, at places like Panther Pond in Raymond, Kettle Cove in Casco, Crescent Lake in Raymond, and the Presumpscot River in Windham. There’s a Wednesday evening paddle most weeks (including an after-work paddle on Wednesday, August 8 on North Gorham Pond, which continue through August. 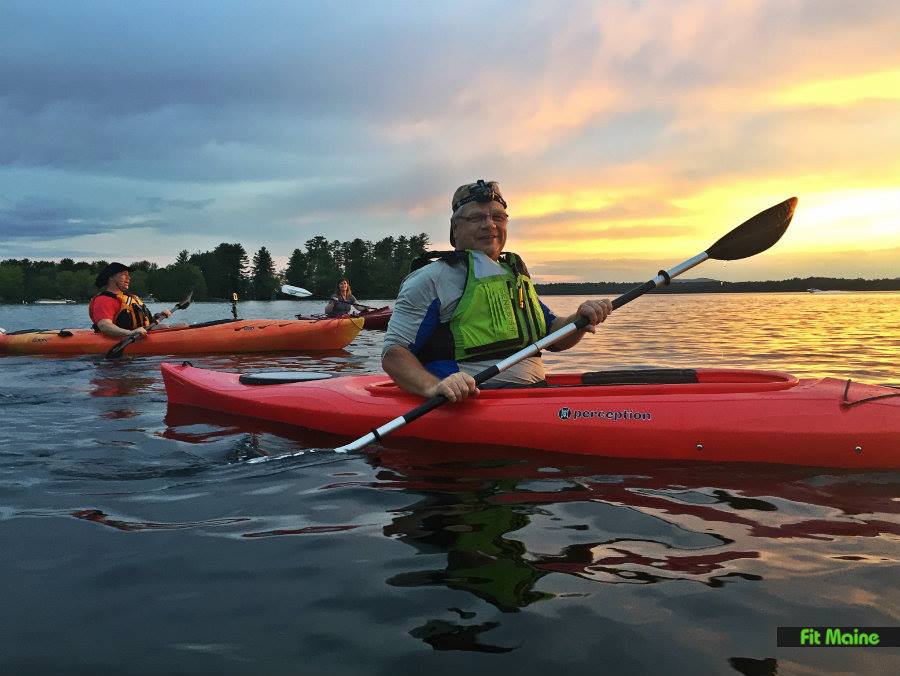 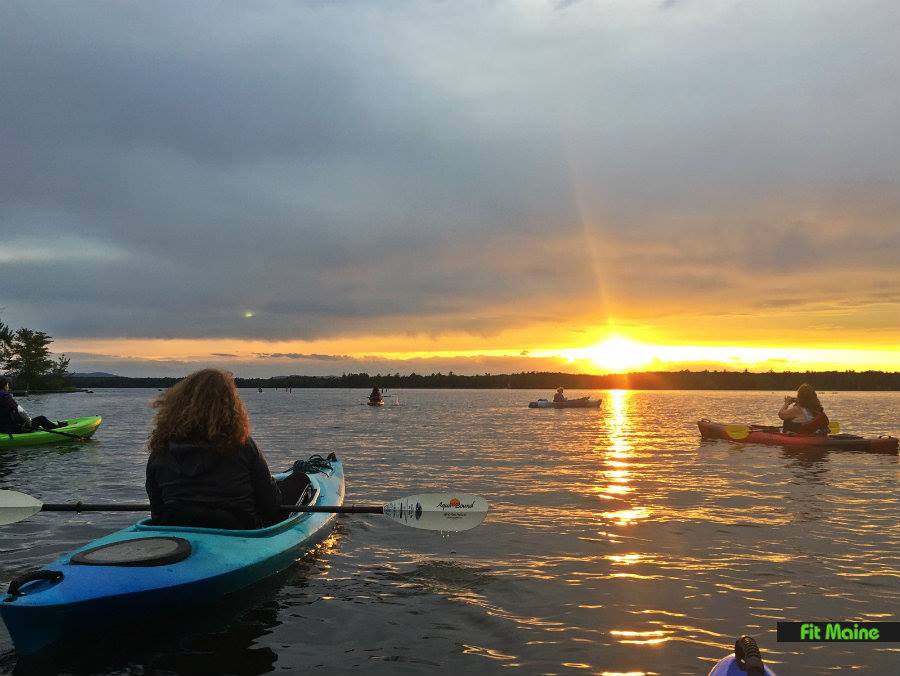 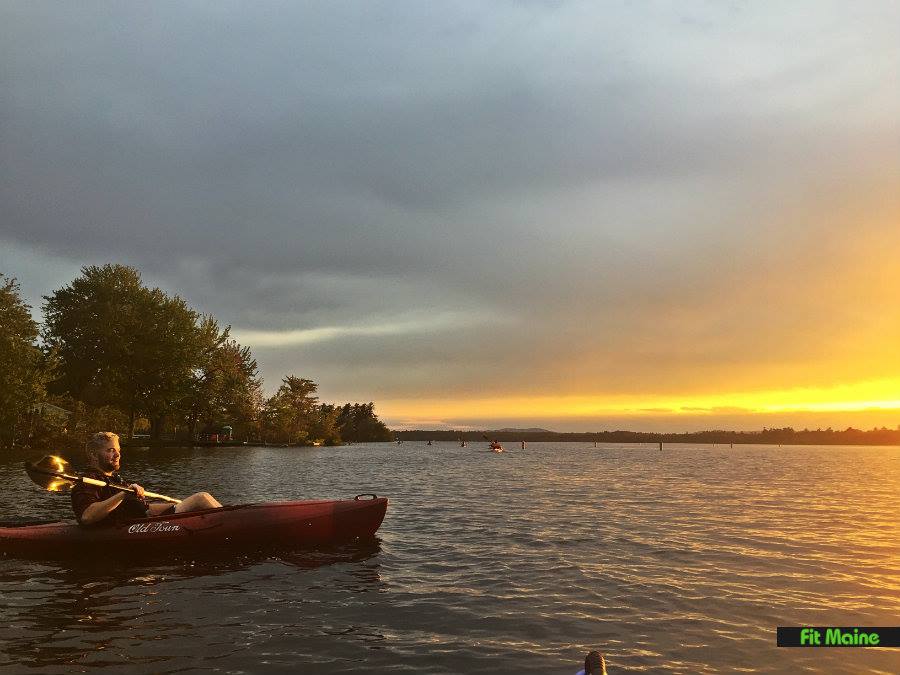 There is also a Moonlight Paddle at 5:45 p.m. Friday, August 24, Dundee Park in Windham (this is a charity paddle, so donations will be encouraged) and a Fall Foliage Paddle at 11 a.m. Saturday, September 29 on the Presumpscot River in Windham.

See all the scheduled events on Facebook and join the Windham/Raymond Paddling Club to stay apprised of future paddles. 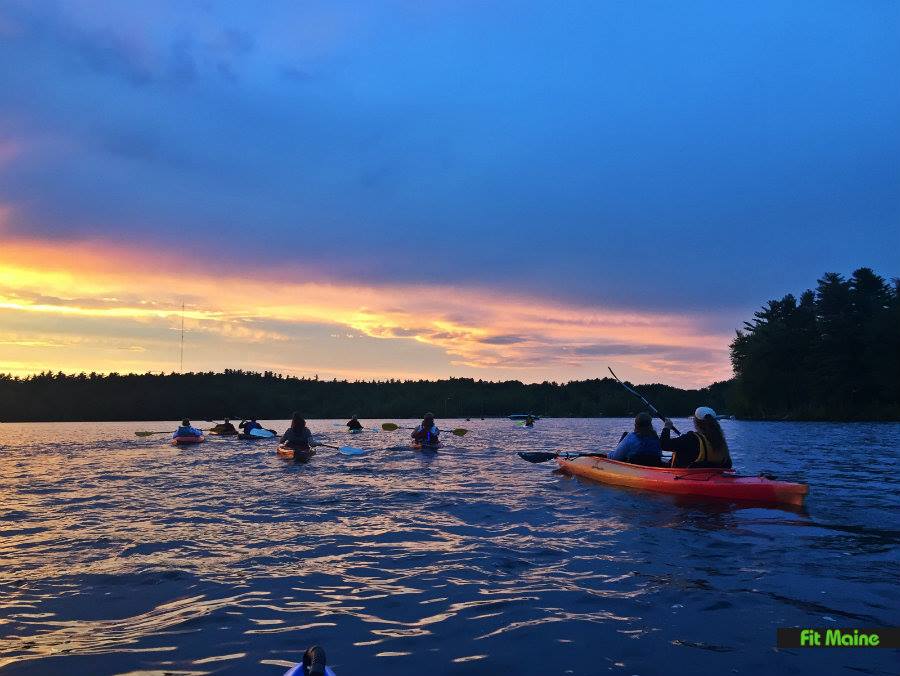 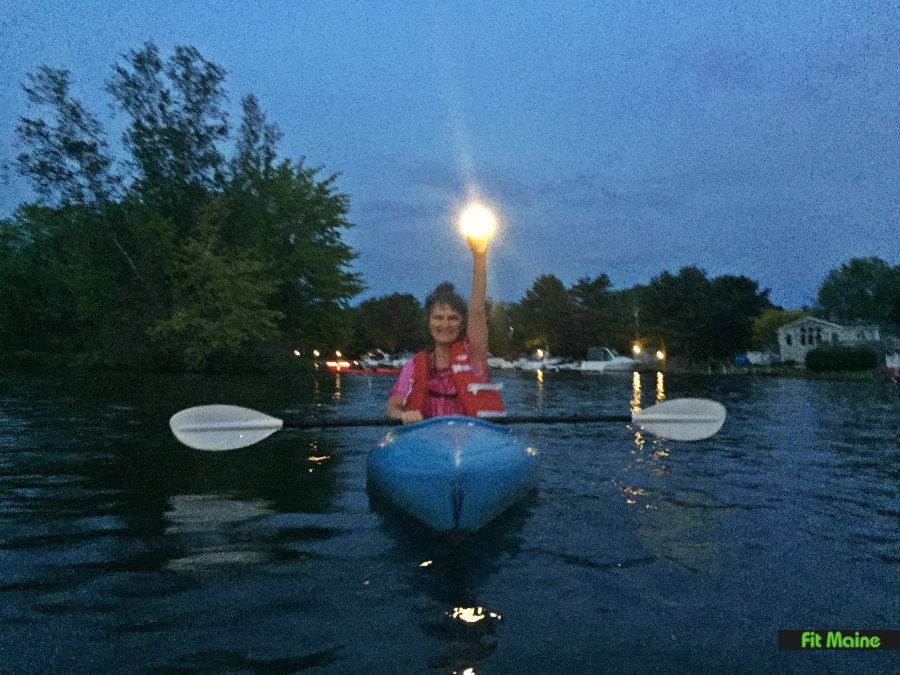 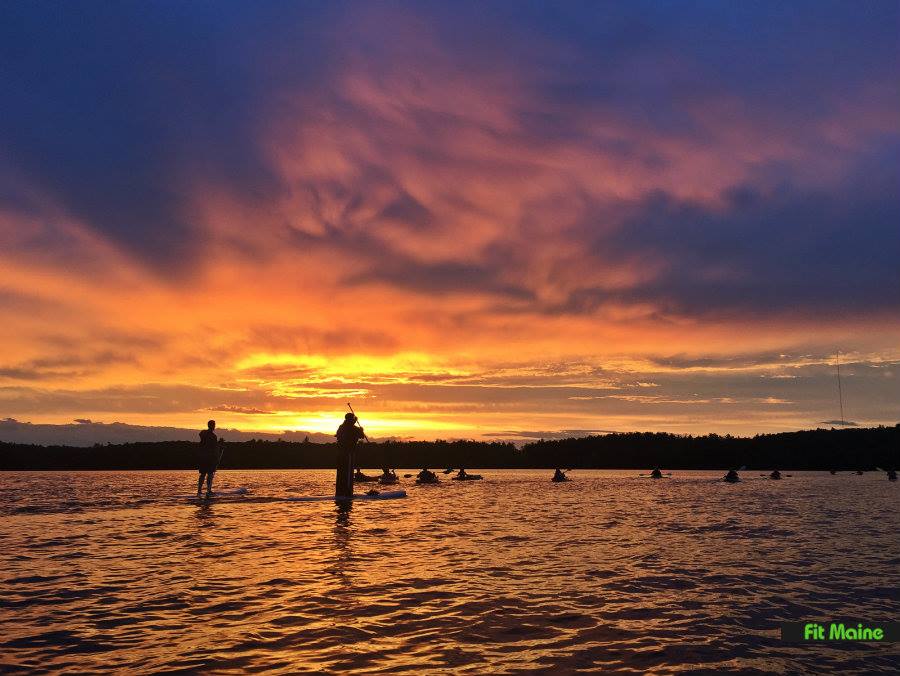