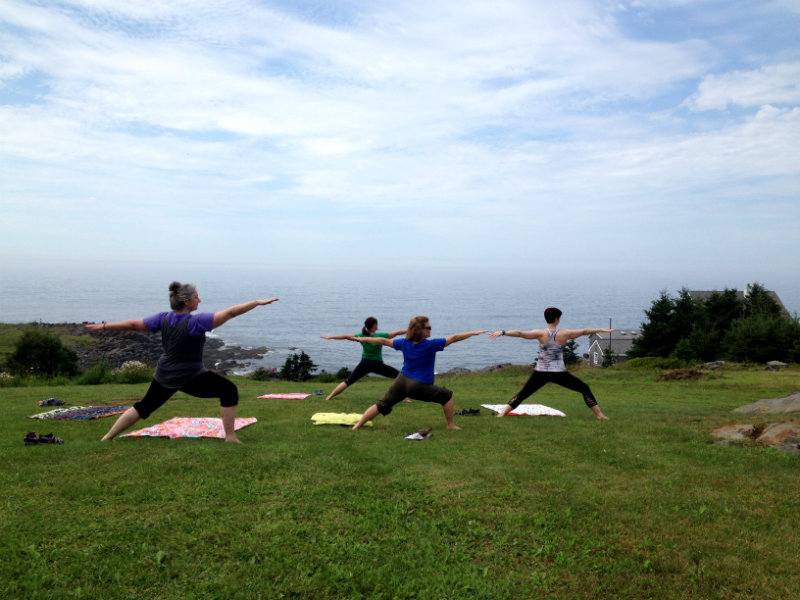 I was surrounded by it as the Hardy Cruise boat I was on made its way from New Harbor toward Monhegan Island last Sunday morning. It shrouded everything, making the coastline nearly impossible to see as we pulled away from the dock and headed into a colorless ocean. The sky and the water were indistinguishable for most of the rolling, hour-long ride.

I just had to trust that there was safe landing on the other side.

And there was – in the form of Tara Hire, founder of Monhegan Wellness, who met me on the crowded dock just after 10 a.m.

For the last two years, Tara’s been leading yoga and nutrition-based classes and retreats on the island she’s called home for over a decade. This was my first trip to Monhegan, but I’d already been told what a magical place it is, so it wasn’t any wonder why Tara would want to share it with island visitors who were looking for direction or calm or some clarity amid the fog (the atmospheric kind or the kind that has a tendency to build up in our heads).

We walked from the dock toward the studio along a slender uphill road crowded by shrubs, picking up additional retreat attendees along the way – like Claire, who was visiting from Mass., and Margo and Ann, both from Portland, who were staying the weekend. 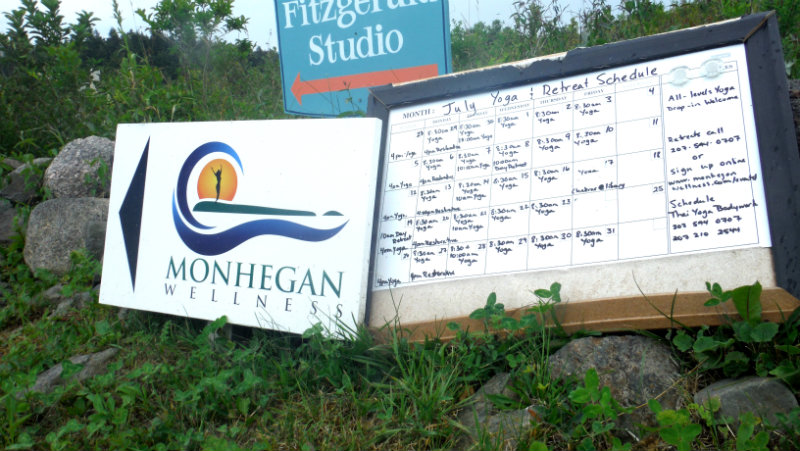 The studio is gloriously make-shift. It’s an upstairs space in a work-in-progress house that overlooks a grassy marsh first, then the small center of town and the dock and the ocean beyond.

We slid off our flipflops and Teevas in the hallway and came to sit on yoga mats laid out in a semi-circle in the studio room. Tara served us a tangy and refreshing kombucha and we introduced ourselves. “I am Shannon. I’m here because, like every other human in the world, I’m trying to figure life out, be happy and appreciative, relax and reconnect.” That’s not exactly what I said, but it’s essentially what brings us all to a retreat like this, isn’t it?

We left the studio and meandered along the road toward the south end of the island before climbing a hill onto a warm, grassy, sun-lit lawn that looked over Lobster Cove and the coast. The fog still hovered on the water, like a kicked-off blanket clinging to the edge of the bed.

Tara led us in gentle yoga – strong warrior poses and slow spine stretches in the sun. We smelled the grass and looked up at the clouds (do it like you did when you were a kid, Tara said. And we did).

Afterward, we took a path down to Lobster Cove, where visitors were stationed here and there on the rocks, all facing out toward the open water, thinking solitary thoughts or chatting sideways to one another, not wanting to look away from the Atlantic, as though they might not be able to find it again.

There’s the rusted remnants of a ship there (aptly referred to as “the shipwreck” by locals) and a rocky coastline that Maine is so well known for (and that just begs to be climbed). Claire stood at the edge a long while – pondering life, maybe, or clearing her mind. Or maybe wondering what to have for dinner – I can only guess. I went the tourist route and took about 50 photos.

After a while, we took the path back to the studio, where Norma, who also lives on the island, was waiting to lead us in some chanting.

(Side note: I’ve never chanted before. And while I consider myself an open-minded gal, chanting has always seemed a little…uh, odd, to me. But hey, I thought, I’m here, might as well.)

The chosen chant for the day: Aham prema. It means “I am love.” It’s about feeling worthy of being loved and of loving. Sure, I thought. I agree with those things.

And I joined in.

And then – mid-chant – I started to cry. Not cry-cry, but tears began to make an escape down my cheeks. First one, then another. I had to touch them with my fingers before I believed they were really there.

I had never chanted before, but dang, it hit me like a brick. A really loving brick.

After the chant (108 times) we opened our eyes (and I wiped mine) and took a few minutes to talk (and for me to say, “Holy crud, I just cried…I mean, I’m not a person who just cries” as if that were a bad thing anyway) before we said goodbye and thank you to Norma. 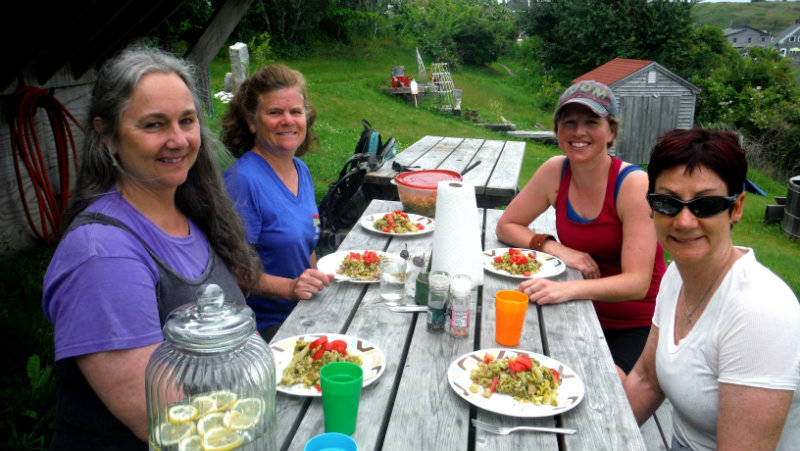 And then it was lunch. Tara prepared a dish made of local beans and vegetables with garlic scape pesto, which we ate outside at a picnic table in Tara’s yard. I ate two servings, it was delicious.

And eventually, inevitably, our day came to a close. I said my goodbyes to Ann and Margo and Claire. But before I said goodbye to Tara, she offered to join me on a hike around the island – the cliffs here are the highest in Maine, I’d heard – and while I’d thought about spending my last hour drinking a beer in the sun at Monhegan Brewing, I knew I couldn’t leave Monhegan without seeing those cliffs.

So we hiked. Tara climbed with the ease of a year-round resident who knew these trails well and whose body was used to the incline. I panted a bit. But wow, I’ll gladly take an increased heart rate and a layer of sweat for those incredible views.

Then it was back on the boat to return to the mainland and New Harbor and South Portland and 60 Minutes and laundry.

The skies were clear as we pulled away and watched Monhegan slowly shrink into nothing. We saw a few seals. A guy offered me a can of Miller Lite.

And then the fog settled back in, washing out the view just as it had in the morning, and by the time my feet hit land again, I could have convinced myself that Monhegan never happened. The gray and the fog and the damp were just as I’d left them several hours earlier. But me? I felt changed, thoughtful and crystal clear.

Tara is leading more adventures this summer and fall, including:

You can also design your own retreats and Mohengan Wellness also offers weekly group and private yoga classes.

For more about Monhegan Wellness: monheganwellness.com 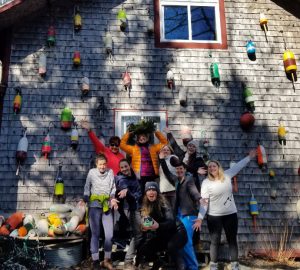