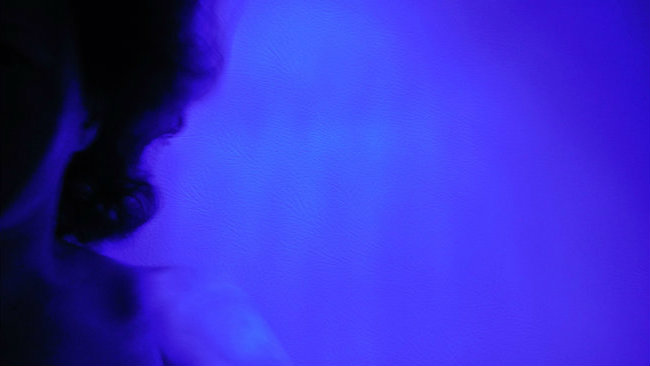 These are the aftereffects of 90 well-spent minutes in a float tank.

And lucky us, Portland got three float tanks richer with the opening of Float Harder Relaxation Center on Washington Avenue a few years ago. (Technically, we’re two float pods and one float room richer.)

That means three more opportunities to climb in, lie back, float, and unwiiiiiiind.

Float Harder is owned by Amy and James Harder, who are both originally from central Maine. They were introduced to floating several years ago while living near Boulder, Colorado, fell in love with the experience, and decided to open a dedicated flotation center back in their home state.

So what exactly is a float tank?

Well, they can take a variety of forms, but at Float Harder, the float pods look space-age, like pristine white mini-ships you might use to get around your suburban Martian neighborhood. Except, instead of a driver’s seat and cargo space for all your Martian groceries, the pods are filled with several inches of warm, highly salinated water. And while the pod doesn’t move, you can get away in it. (You know, mentally.)

See, after you climb into the pod and close the lid (or leave it open if you prefer), you’ll recline back and just…float. That’s it. Maybe you’ll have music playing through the pod speakers. Maybe you’ll want the pod lit in a cool blue or warming red or calming green. Or maybe you’ll opt instead for quiet and darkness (that’s how I like it).

At first, your mind might race, the way it does at the end of the day when your noggin likes to start stacking up all the things you need to do tomorrow, or didn’t get quite right today. You’ll need to remind yourself to let your muscles relax, to let your head fall back and your eyes close, to trust the buoyancy of the water. A few air bubbles might sprint across your skin in search of the water’s surface, feeling like the faintest tickle, and the thumping of your own heart will become audible in a way you probably haven’t experienced since you were in utero.

And eventually, your body calms. Your mind calms. And you’ll find yourself relishing the fine art of doing absolutely nothing.

Both the air temperature and the water temperature are set to a perfectly comfortable 93.5 degrees – the same temperature of your skin – so you won’t be able to perceive where your body ends and where the water begins. It feels like floating in space (in a fun and tranquil way – not in a scary, detached-from-your-spacecraft “Gravity” way). Time kind of seeps away, too.

After that, who knows! Experiences vary for everyone, and yours will be uniquely yours. (FWIW, I started thinking deep thoughts about not having a body and living in space doing cartwheels forever and hey, maybe that’s what happens when we die, that’d be nice.)

And yes, the idea of getting naked, climbing into a tank full of water, and closing the lid does sound weird at first (I watch Dateline. I get it.) But it’s so worth it. If you’re at all curious, try it. (Even the New England Patriots are doing it.) If worse comes to worse, you can always get out. But I suspect you’ll want to stay in.

Float Harder isn’t the only float option in Portland. The Float Space and Float Maine on the West End (which I wrote about a few years ago for mainetoday.com) have been offering floats in private homes for years. But Float Harder is the first commercial float spa in the area, with a setup and feel much more like a spa, and they also have the float room, which is bigger and tall enough to stand in, making Float Harder more accessible to first-timers who aren’t quite sure what’s up with this floating thing. There’s another float spa, The Float Cottage, in Bar Harbor.

Floats are 90 minutes ($65, or $170 for three 90-minute floats $170, or $59 monthly membership with one float per month). To keep the filtration systems working at their best (and to keep you from walking out the door coated in salt) you’ll take a quick shower before and after you float. Soap, shampoo, towel and the like is provided, but feel free to bring your own toiletries for after.

Choose from from a list of light and music options (like positive meditation or Dark Side of the Moon instrumental), or plug in your own iPod if you want.

No, you won’t drown. Or sink or inadvertently flip over. The water is highly salinated – we’re talking hundreds of pounds of Epsom salt – which means it’s super buoyant (and that means you won’t drown). It’s also only shin-deep.

No, you won’t panic or feel trapped (as Neil Sattin of Float Maine once told me, float tanks give you the sense of floating in space, which is the opposite of feeling claustrophobic or trapped in a small space). But if you do have any concerns, hit the call button on the inside of the pod for a direct line to the front desk. Or try the float room, which is tall enough to stand in.

Yes, you might fall asleep (and no, you still won’t drown) and that’s just fine!

Yes, you’re naked. You can wear a swimsuit if you really, really want to, but talk to Amy or James about it before your float.

You’ll exit that pod like a pearl person climbing out of the world’s biggest oyster, or like Mork from Ork ready to explore a new planet, or like Botticelli’s The Birth of Venus. Describe it however you’d like. Just TRY IT.