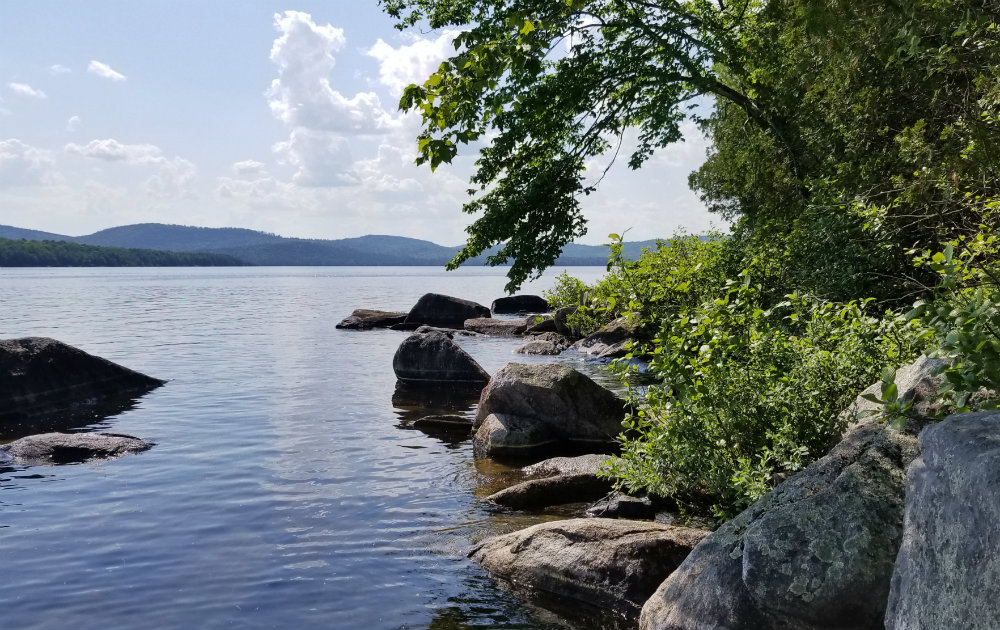 Sebec Lake is a big draw for visitors to Peaks-Kenny State Park. There’s a sandy beach and swimming area in the park, open to overnighters and daytime visitors, and you can launch your kayak (or rent one) and spend the day paddling all the scenic nooks and crannies.

Also cool: There are also a few hiking trails located within the park, so you don’t have to venture far to get on trail. But the surprise find (for me, anyway) was the picnic table art – a dozen sculptures created by artist Wade Kavanaugh about a decade ago that combine a common picnic table with natural features of the area – rocks, trees, roots, etc. They’re a neat feature to stumble upon…and then start hunting down once you know they’re there.

My point: There are a number of reasons to dig Peaks-Kenny State Park. Some of them we can sit on while we eat a sandwich!

But first, that lake.

Sebec Lake is a fine spot for fishing, paddling, tubing, and pretty much every other lake-centric activity you can think of. Pontoon boats putter around. Kayakers paddle near the shoreline. Powerboats cruise in circles, hauling happy tubers behind them.

Peaks-Kenny State Park has the pleasure of claiming some of Sebec Lake’s shoreline. Within there park there’s a sandy beach and kid-friendly swimming area (with a lifeguard on duty during the day). There’s a playground. There are picnic tables on the grass in the sun and a few more tucked into the nearby trees and shade. It’s a fine spot to loiter for an afternoon, gather with fam for a lakeside picnic, or snooze in the sun with a book on your face.

If you’re in the Dover-Foxcroft area and simply need a cool down, the beach is open for day use all season (pay the usual fee at the gate). If you’re stay at the campground, the beach is an easy walk down the trail. (Okay there is a little bit of a hill you’ll go up on your way back, but otherwise it’s a short and sweet trek to the water.) It’s too far to carry a kayak or SUP, though, so you’ll probably want to drive that down. I did.

So yea, I’m a grandma and sleep is important to me and I also appreciate a well-kept campsite. So there. And Peaks-Kenny State Park sure has some well-kept campsites. Mine was raked to perfection – a spacious site amid birches and hemlock, with a fire ring and picnic table.

The sites here aren’t on top of each other, but you will see and hear your neighbors. (That said, I was there during the first week of July and many of the sites were empty, so I didn’t have any neighbors, which was glorious. I also left on July 4 and passed a whole long line of cars waiting to get in. Many I suspect were just there for the beach, but the campground probably got quite a bit busier then).

While I generally like to go shower-free when I came (camping is a socially acceptable time to not shower for days and I love it!) having easy access to a hot shower is pretty sweet. Showers are free – and there’s a sink and flushing toilet in there, too. Livin’ large!

Peaks-Kenny is also blessed with 6+ miles of trails inside the park, so you get some hiking without getting into your car. Mostly.

For a short walk in the woods, there’s the 0.6-mile Cove Trail, which you can access from the picnic area. For a longer hike, there are two options: The Brown’s Point Trail is a 3.4-mile out-and-back that leads to the edge of Sebec Lake, where you can go for a little swim, and the 2.3-mile Birch Mountain Ledge Trail is a moderate loop that climbs up Birch Mountain.

This 2.3-mile loop is a moderate hike, which climbs up Birch Mountain in a steady-but-not-too-steep way. The short Loop Trail shoots off to the left early on in this hike. I tried to take it, but quickly lost the trail, so I turned around, went back the way I came, and stayed on the Birch Mountain Ledge Trail the whole way. Maybe I just caught the Loop Trail at a bad time – looking shabby after a late night out.

The Birch Mountain Ledge Trail is well marked and easy to follow as it climbs past beech trees and birch trees, and hemlock. The trail gets decidedly prettier as it goes, and at the top, you’ll find one of those picnic table art pieces half-covered in rocks. From there the loop descends and there’s another of the picnic tables, this one half eaten by a massive glacial erratic.

Speaking of, the glacial remnants are everywhere here – massive boulders plunked here and there, sometimes in friendly clusters, often blanketed in moss. 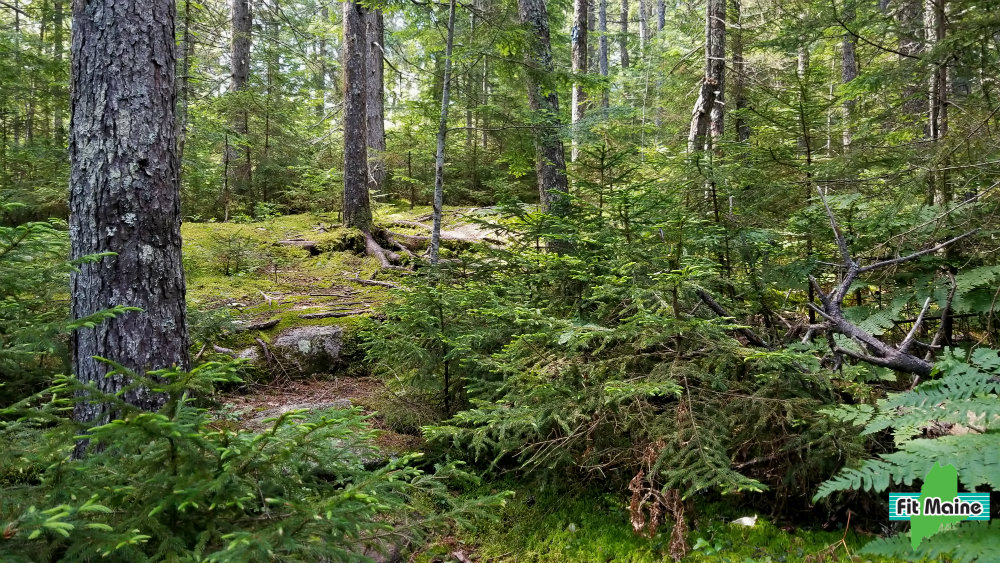 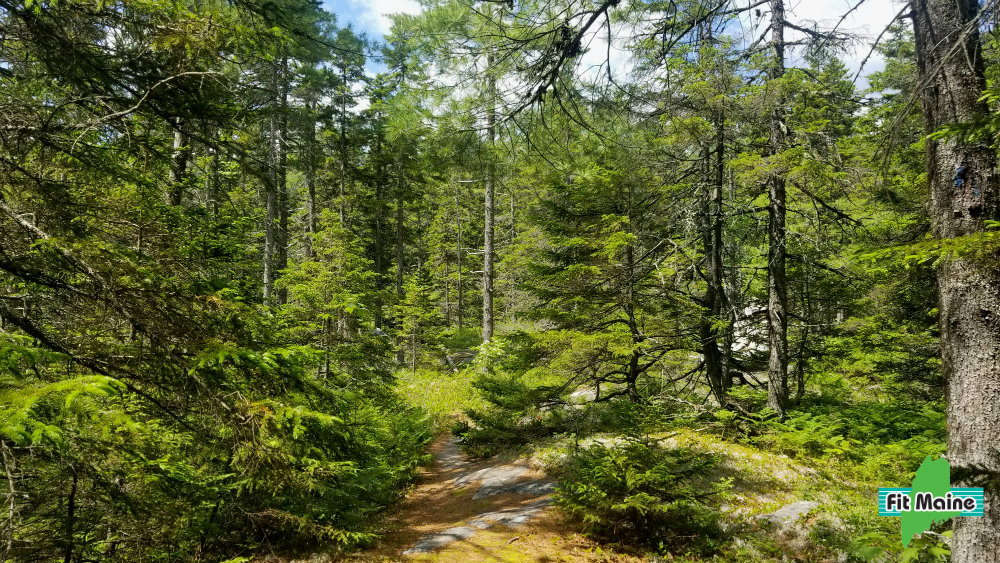 Brown’s Point Trail
This trail is fun because you can go for a dip in Sebec Lake halfway through, or at least sit on a rock and enjoy the really stunning view (and solitude).

The Brown’s Point Trail is 1.7 miles one way (so 3.4 miles out and back). The trail starts by the ranger station at the park’s entrance, so it’s a bit of a walk if coming from the campground. I opted to drive there, and skip the long walk on the gravel road leading to the campground.

The trail ends at the edge of Sebec Lake, and along the way the terrain is rolling and the vegetation crowds the trail. Near the trail’s end is another picnic table (of course!) and an opening in the trees where you’re invited to sit, relax, maybe kick off your shoes and dip your feet into the cool water. 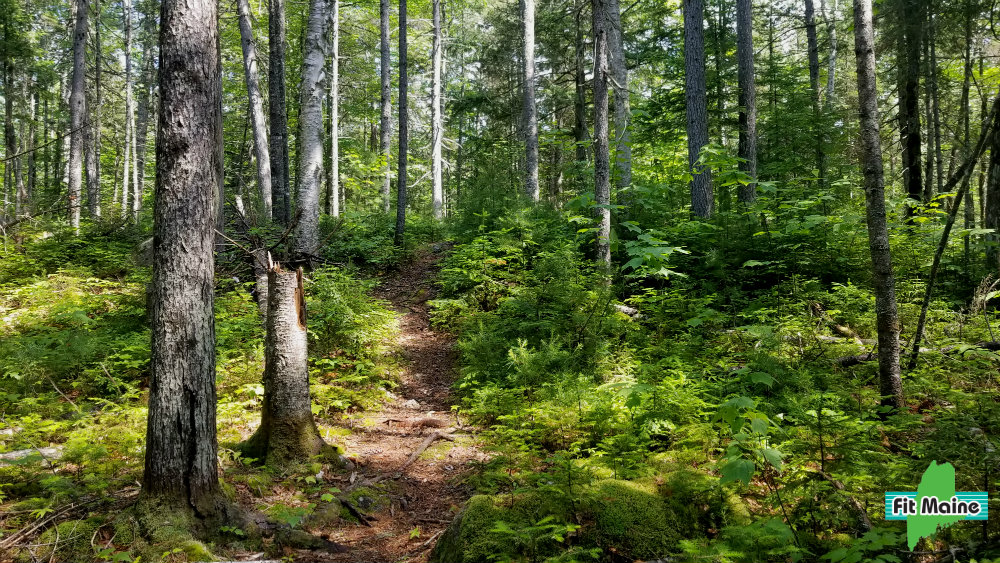 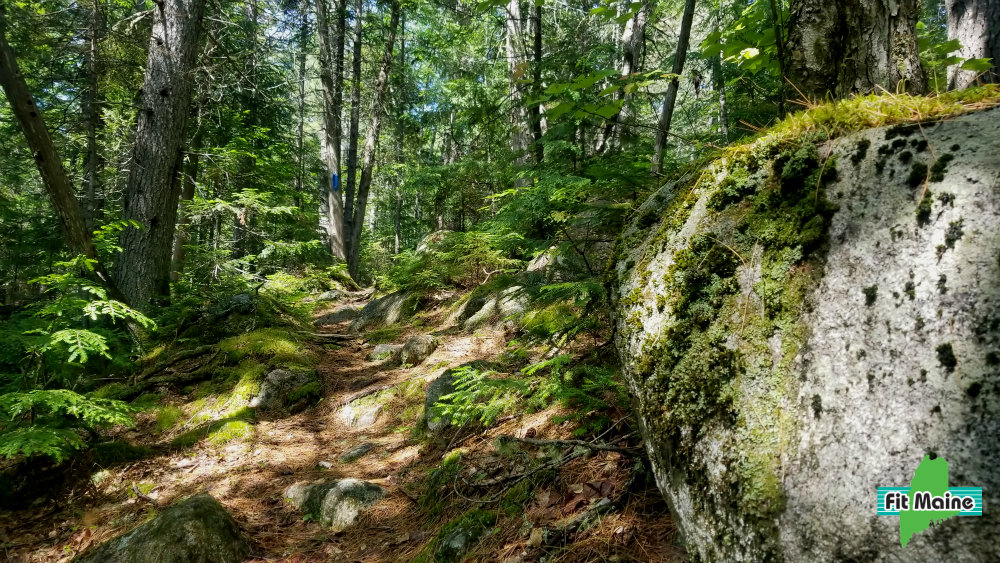 Borestone Mountain isn’t in Peaks-Kenny State Park – the trailhead is a 50-minute drive from the park. But if you’re looking for an excellent area hike, this is an option I recommend.

There’s a pretty rockin’ hike up Borestone Mountain AND a small Maine Audubon Nature Center chock full of outdoor education – from animal ID to insect life cycles, rocks and leaves and skulls and a selection of scat common to the area. (It’s fake, but so wonderfully lifelike.)

The hike is a smidge under 2 miles one way (0.8-mile base trail to get to the nature center and then a 1-mile hike up to the Borestone Mountain summit) and is replete with stone stairs, step terrain, and some rock scrambling near the top. Fun stuff!

If you appreciate some paddle time during your camping trips, Peaks-Kenny State Park is happy to help. At the beach, there are a few kayaks available to rent (talk to the park rangers at the ranger station). You can also BYO kayak, SUP, or canoe and launch it at the beach. I spent the good portion of a day poking around the southeast bit of the lake, admiring the lake houses, waving to passing boaters, and watching fish dart around in the clear waters.

And in the evening, I paddled back out to watch the sun set. And it was excellent.