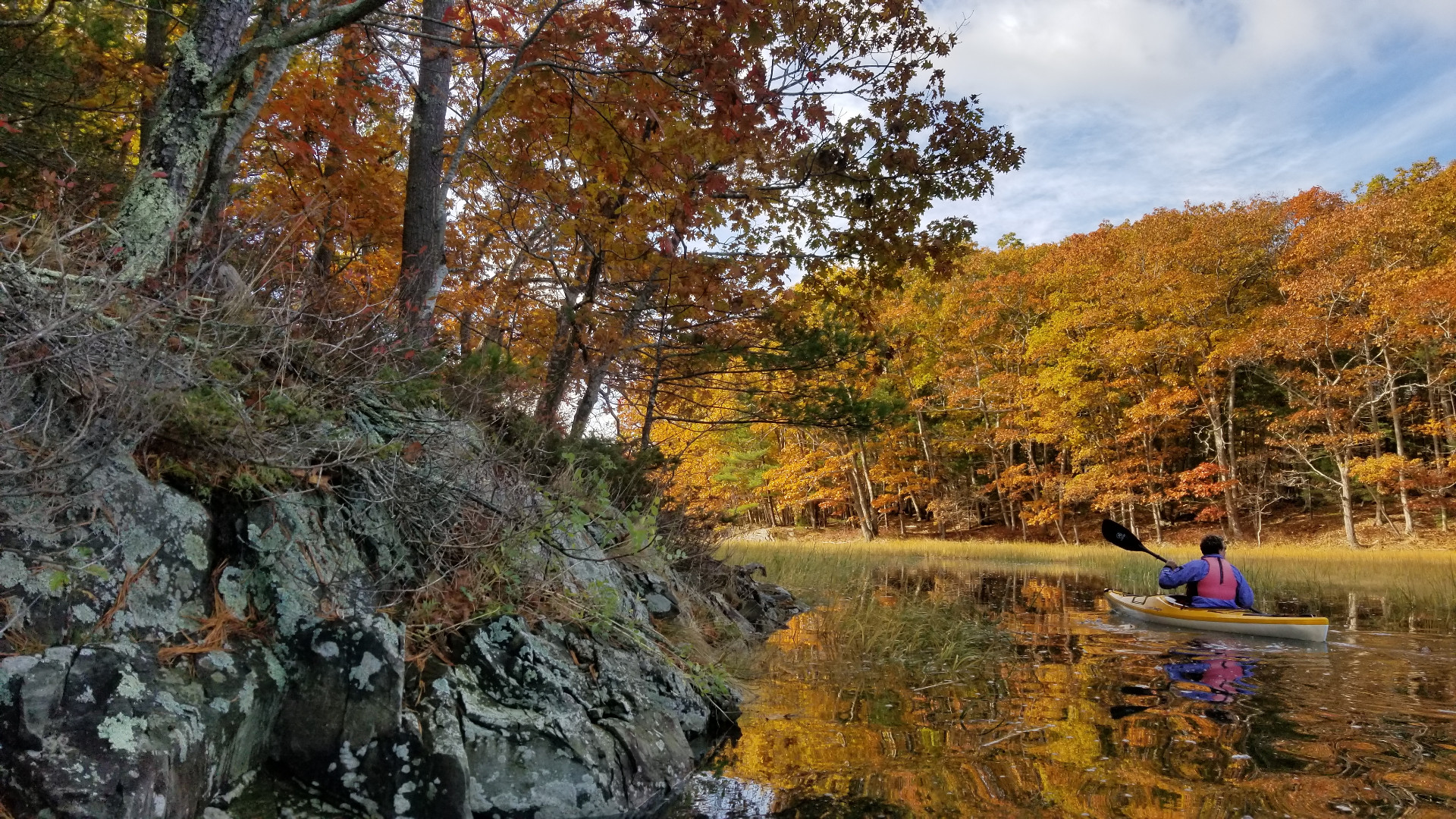 YES, THANK YOU FOR ASKING.

^ That right there should be you response any time one of your friends invites you for a mellow marsh paddle on a pristine fall morning.

My invitation came from Mike Maloney, a fellow paddler I met last winter at a Maine Island Trail Association event. He knows the southern Maine coast well – including a lot of spectacular places to kayak. One of his favorites has become an annual autumn tradition: a paddle on Chauncey Creek through the Rachel Carson Wildlife Refuge to enjoy the foliage, the birds, and the quiet.

He was kind enough to invite me and a few friends along in late October, when the air still felt like summer but the trees were costumed for fall.

You might have explored other areas of the Rachel Carson Wildlife Refuge. Established in the 1960s, the refuge protects valuable salt marshes and estuaries for migratory birds along 50 miles of coastline in York and Cumberland counties. The refuge is currently comprised of eleven divisions between Kittery and Cape Elizabeth. Read more about it.

In Kittery, most people choose to go the pedestrian route, meandering through the refuge on the Cutts Island Trail, an easy 1.8-mile trail through the woods that offers views of the salt marsh.

But we’d arrived in cars topped with watercraft, and it would have been rude to leave those kayaks behind (that’d be like showing up to a dog park and making your dog wait in the car while you sprint the perimeter and sniff other dogs. What kind of monster would do that?).

So we put the kayaks in the water.

The launching point for Chauncey Creek is close to the road and the nearby trailhead for the Cutter Island Trail. (Parking for both is on the side of Chauncey Creek Road.)

We could see a few houses peeking out from the trees like residential spies on an otherwise undeveloped piece of Maine. But mostly we were greeted by marsh grass, an audience of trees, and the easy-going tidal waters of the salt marsh.

The path to Brave Boat Harbor winds gently along, growing thinner for a spell (navigating here at low tide could be a problem) and then widening out again.

The winds were decidedly more noticeable once we reached Brave Boat Harbor and were away from the protection of the trees. The calm creek waters were replaced with choppy Atlantic. From here, sea kayakers could trek out along the coast and beyond, but we opted to turn tail and head back into the marsh.

We very nearly had the creek to ourselves (well, not including the wildlife, including the blue herons and red-tailed hawk we spotted). In terms of humans, we encountered a trio paddling out toward the harbor as we were coming in. 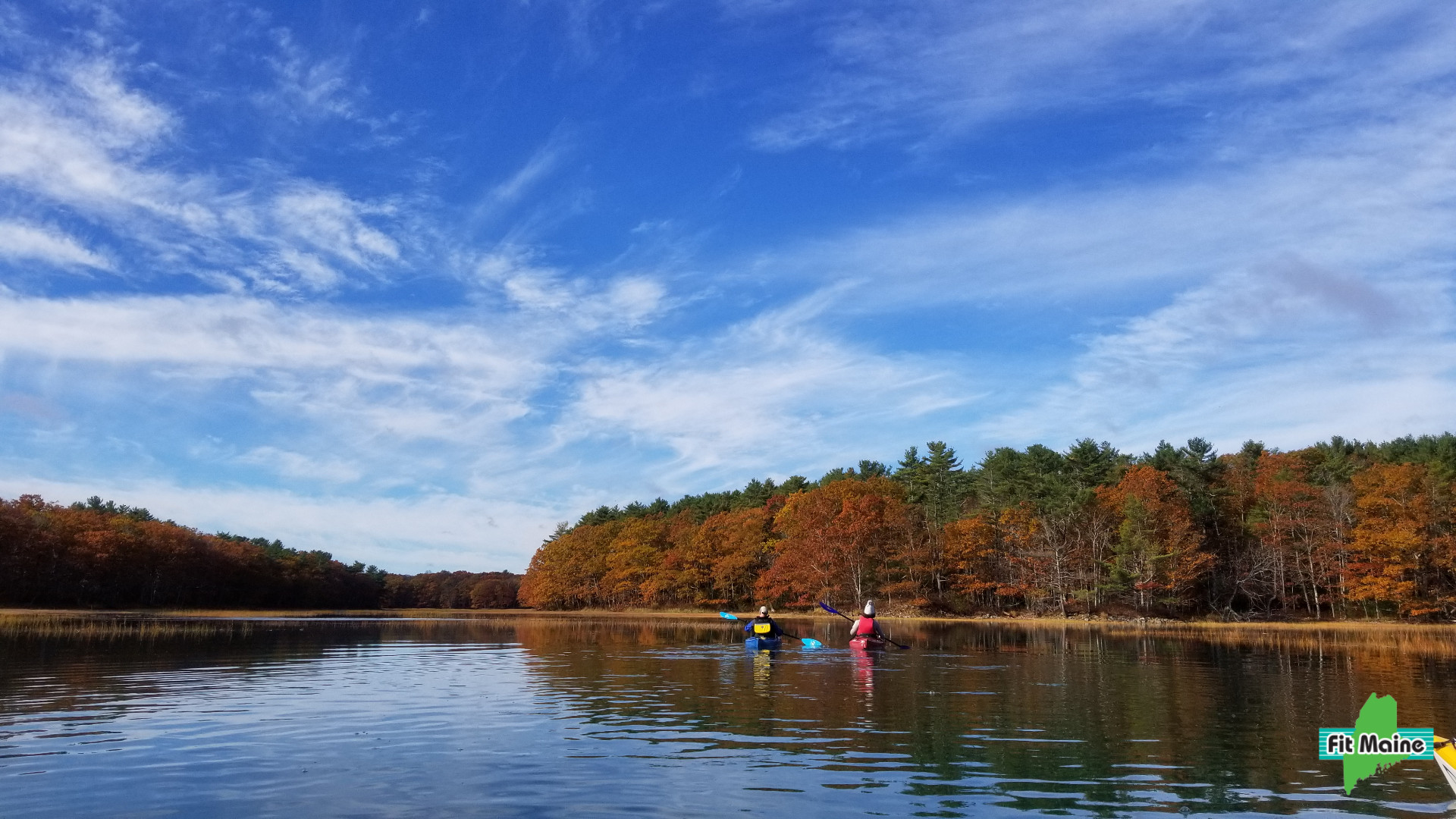 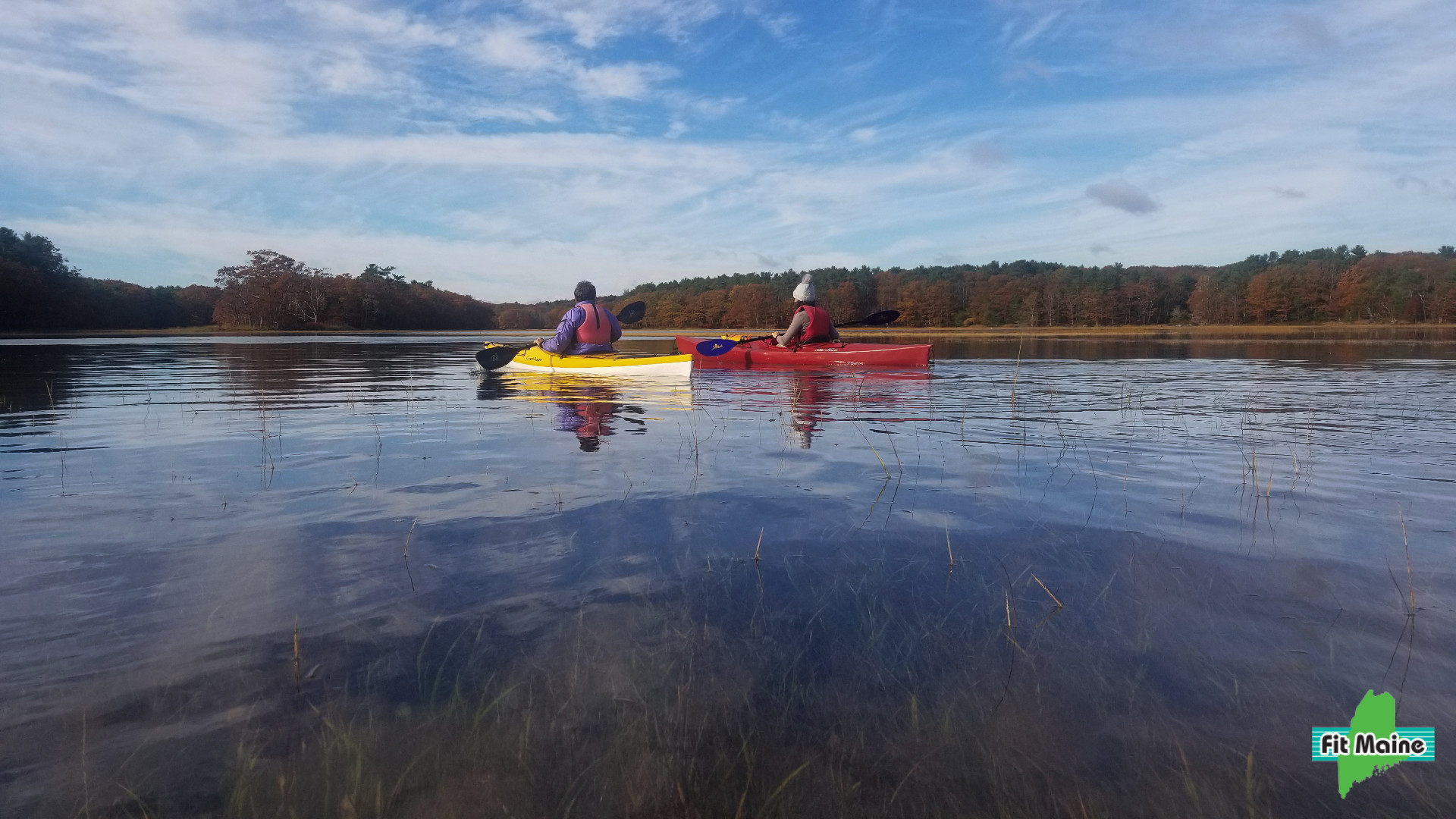 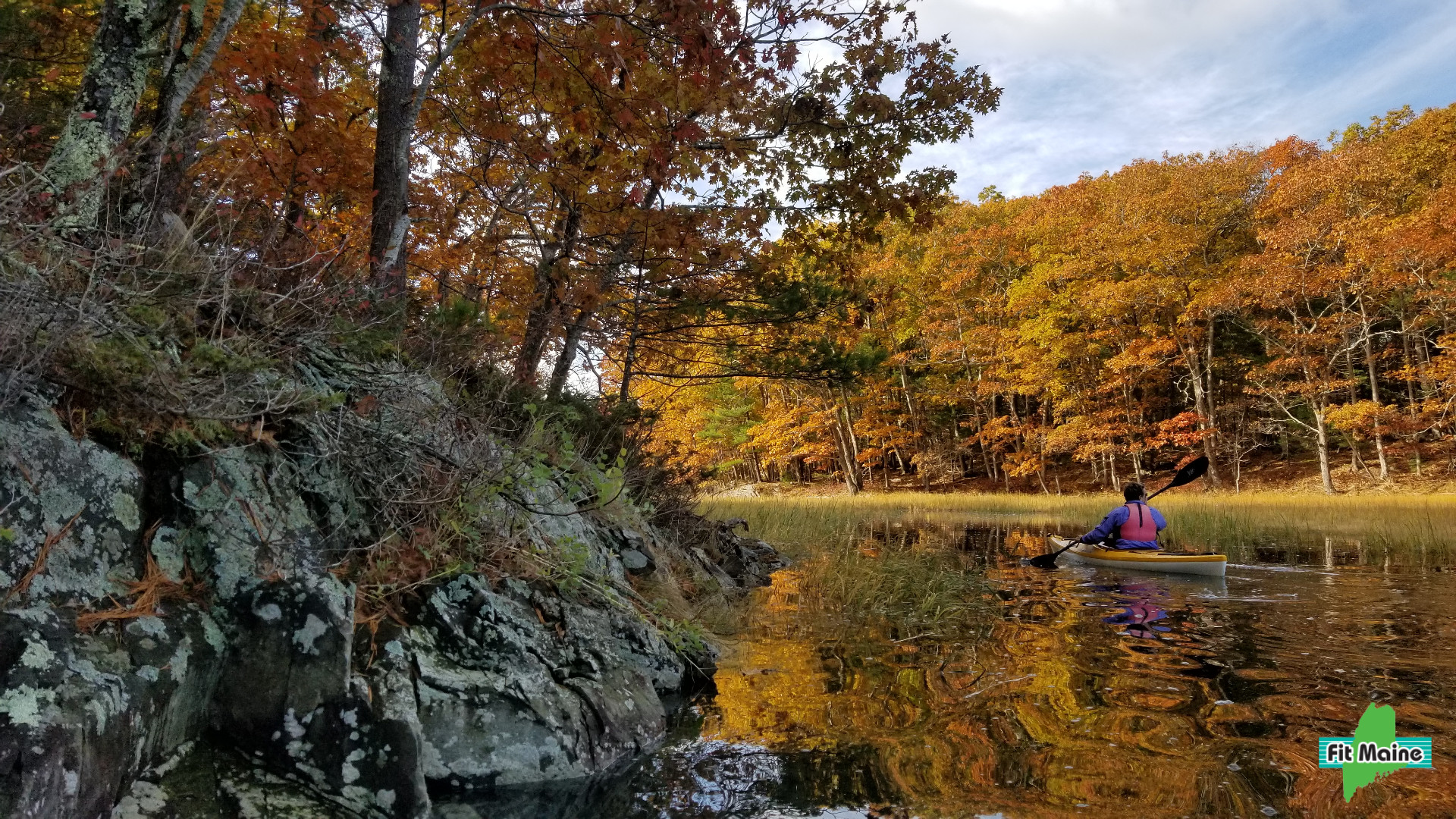 Thanks again to Mike for showing us another one of Maine’s spectacular places. (He also knows where to get a good sandwich around here, and we took his recommendation for Anthony’s Food Shop in York. Don’t let the gas station deter you – there is so much delicious food in there. Pizza, sandwiches, baked goods, and more.)

The launch point is just off Creek Road in Kittery, near the trailhead for the Cutts Island Trail through Rachel Carson Wildlife Refuge. Park on road and carry your kayak to the launch. Directions.

Be sure to check the tide before heading out – navigating here at low tide might be problematic.

If you’re so inclined, after your paddle, enjoy the 1.8-mile Cutts Island Trail through the refuge.