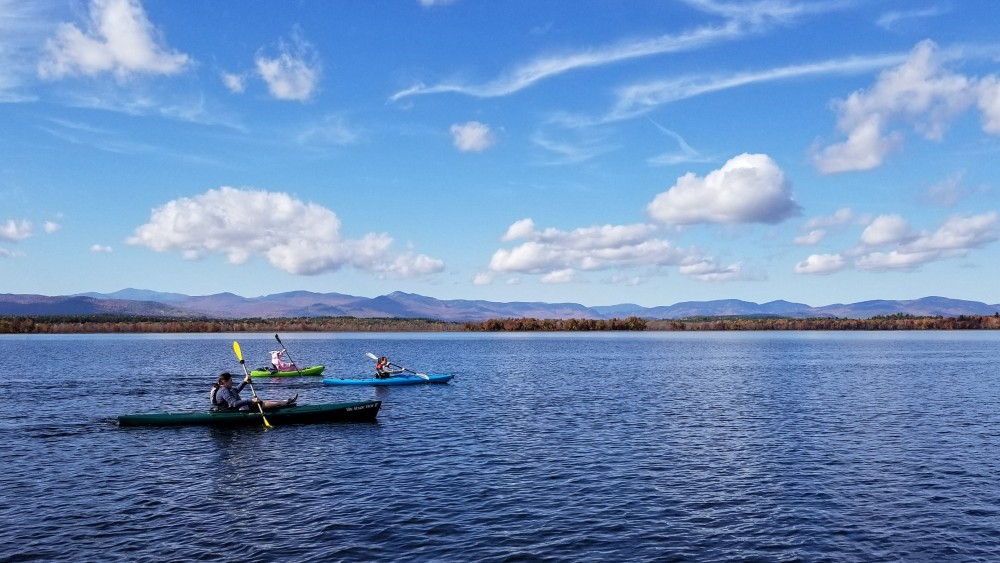 Covered bridge, winding river, and a wide-open pond with a sandy beach to picnic on – all with the White Mountains as a backdrop.

This paddle has all the things.

I had the pleasure of exploring the Old Saco River and Kezar Pond for the first time a couple of weeks ago, when avid paddler and friend MaineKayakGirl led an easy-going get-together for the Fit Maine Social Club (yet another awesome place she’s introduced us to).

The fall foliage was turned up to high that day – the scenery looking fancier than ever in its oranges, reds, and yellows. We oooohed and aaahed the whole while.

But first: a clarification. Kezar Pond is in Fryeburg, not to be confused with the popular Kezar Lake in nearby Lovell, which is also much bigger.

We put our boats into the Old Saco River at Hemlock Bridge, off aptly named Hemlock Bridge Road. There’s a small parking area and put in that offers access to a few different routes. You can paddle south or north on the Old Saco River, or paddle under the covered bridge, bear right and take that to Kezar Pond. That’s what we did.

We’d barely gotten on the water and I was already swooning over the covered bridge, the calm water, the fall leaves casually floating by like lazy tubers on late-afternoon river float.

I was also immediately aware that it was a mistake to bring my stand-up paddleboard. While a SUP might be fine in the spring and summer, when water levels are higher, the water was decidedly low during our visit. Not just that, but there are a whole lot of big rocks and logs just below the water’s surface, where they’re hard to see, and I knew it was only a matter of time before my fin caught and sent me tumbling (it took about 15 minutes). I ended up sitting down and paddling carefully on the river, then stood up when we got to the pond. That worked okay, but a kayak would’ve been easier.

Shallow waters aside, the Old Saco River is a gentle mover between the bridge and the pond. We encountered one spot where rock piles squeezed the river into a tighter funnel, so paddling against that stronger current took some power strokes. Otherwise, it was mellow going.

And then, we got to the pond.

The trees opened up like leafy stage curtains, welcoming us onto Kezar Pond. The White Mountains were our audience. Or maybe we were their audience? I guess we all just starred at each other. 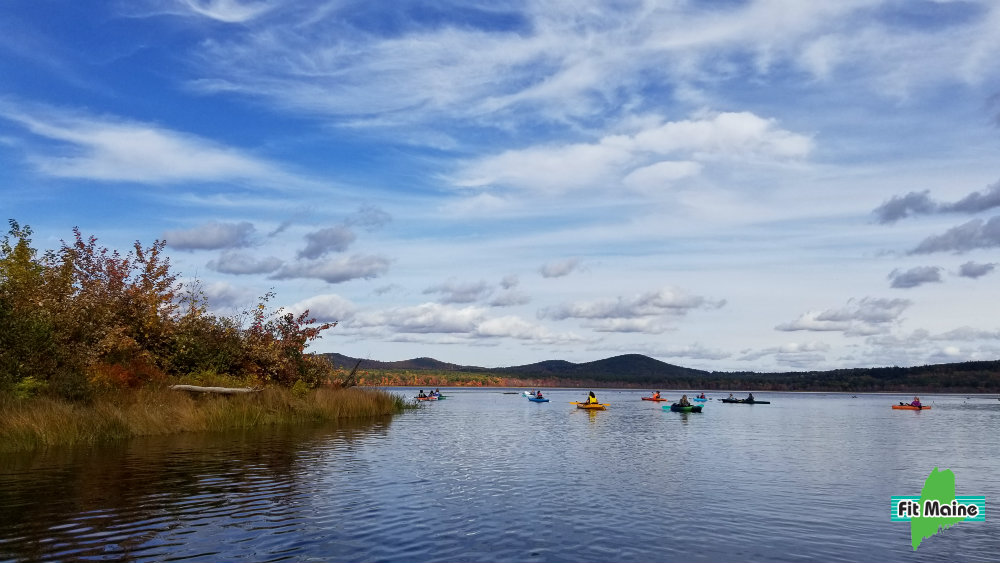 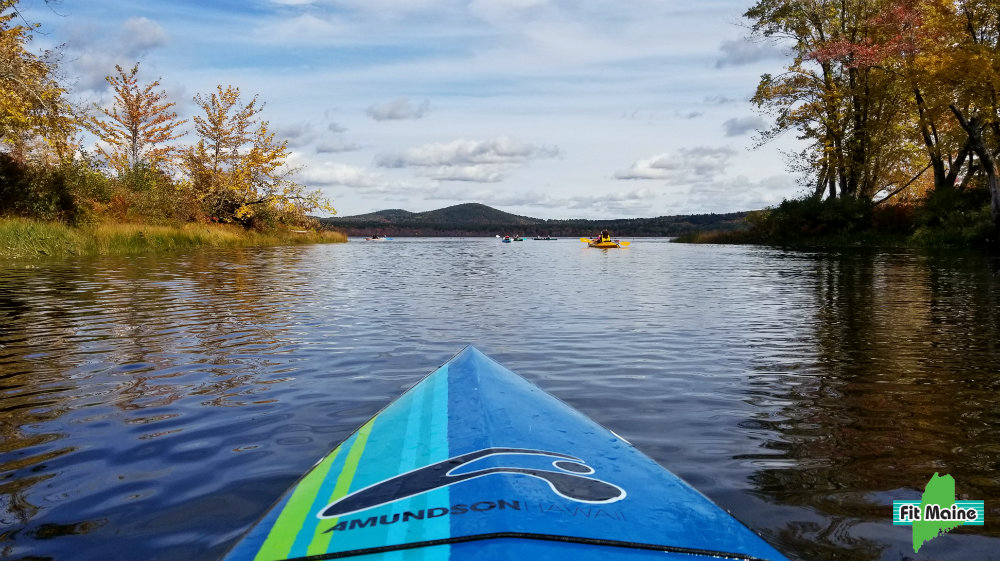 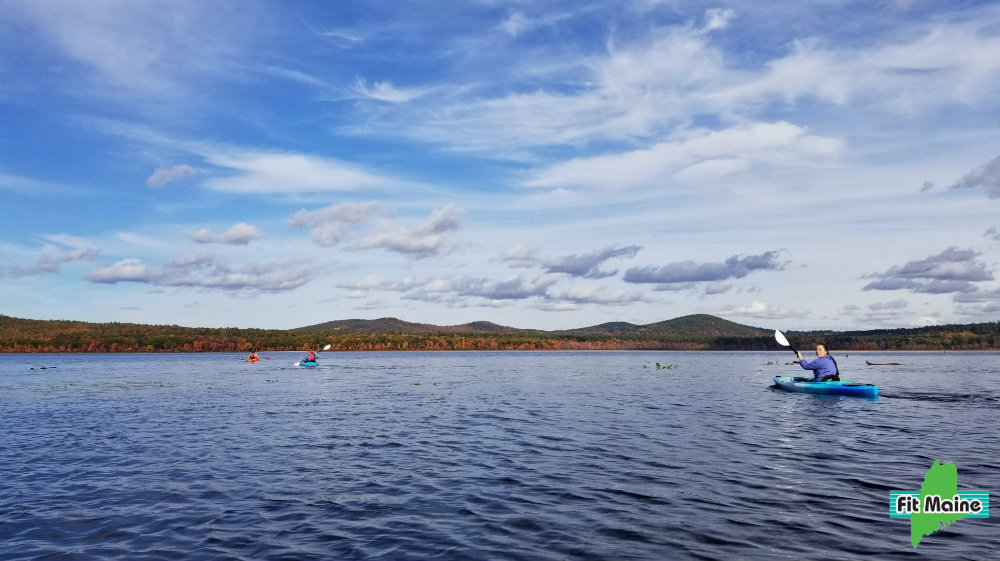 We paddled straight ahead across the pond. Our destination: a sandy beach where we could pull up our boats, stretch our legs, and have a li’l picnic. 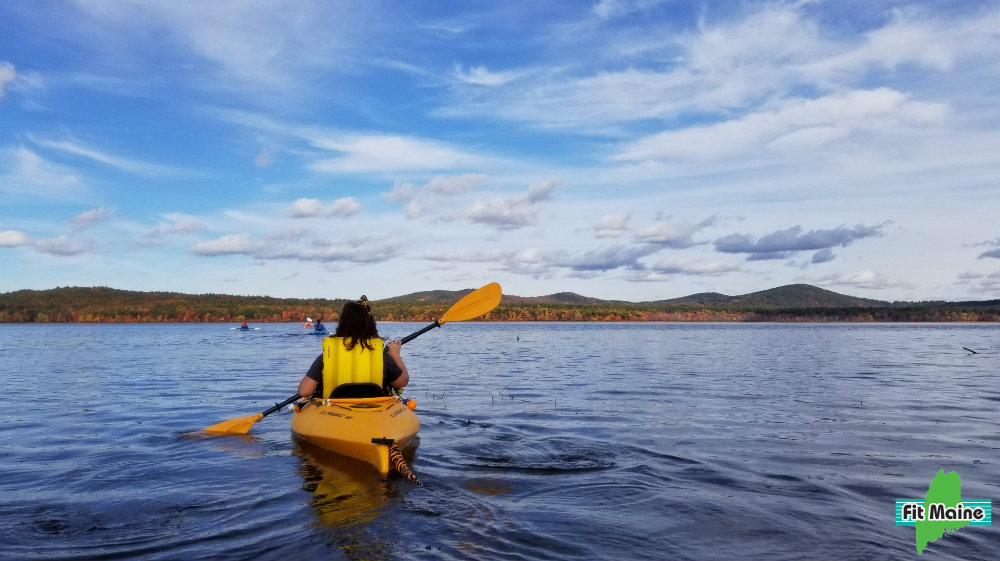 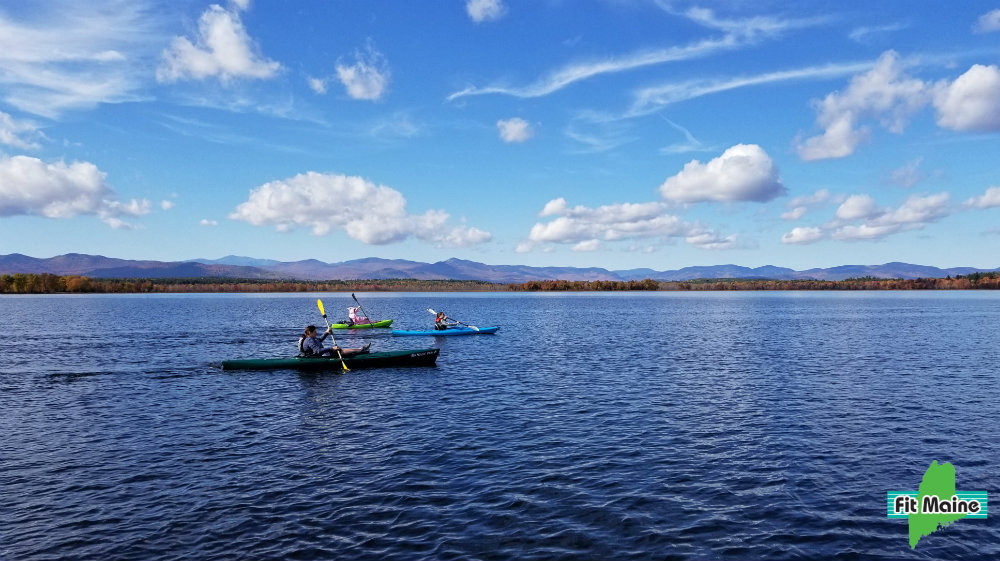 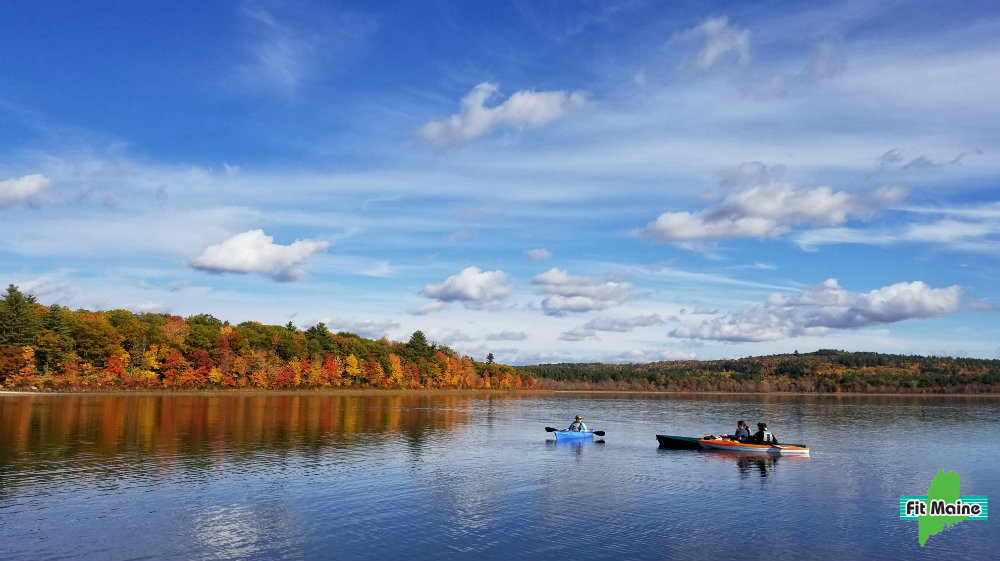 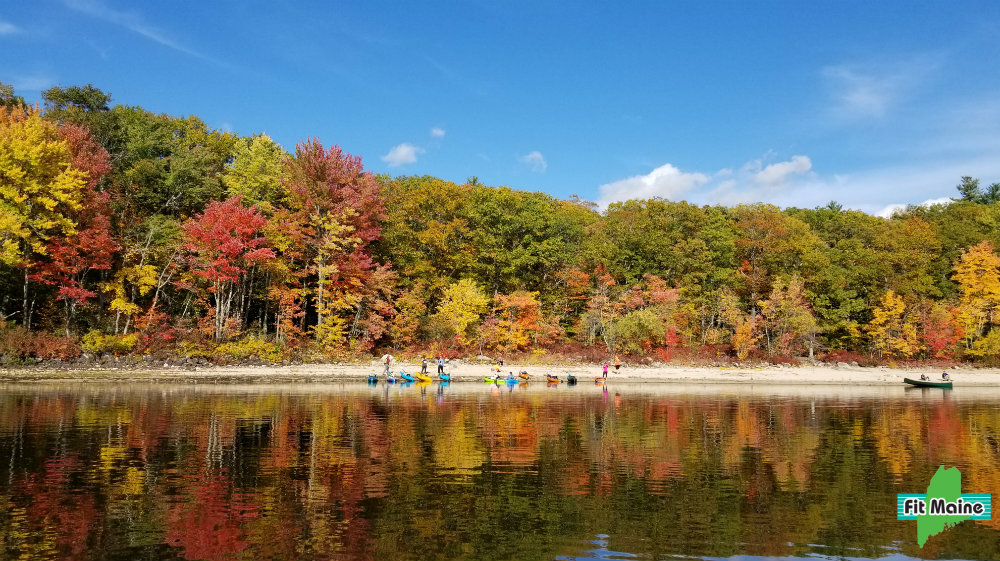 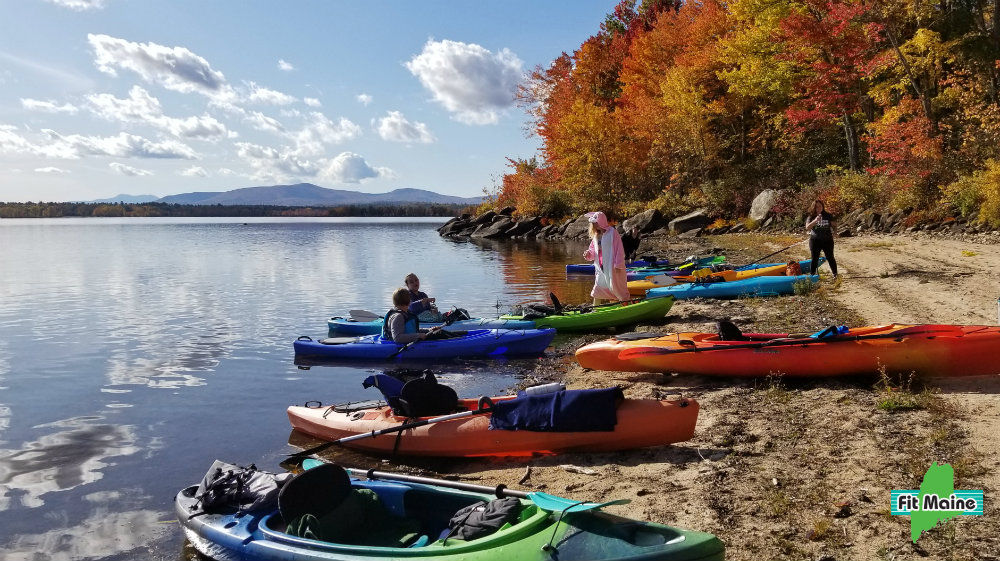 Had we brought more snacks, we might’ve stayed on the beach soaking up the sun until next spring, it felt so good to loiter there. But eventually we peeled our rears from the sand and started heading back, still oohing and aahing as we returned to the covered bridge and the launch site and our cars and the road home. 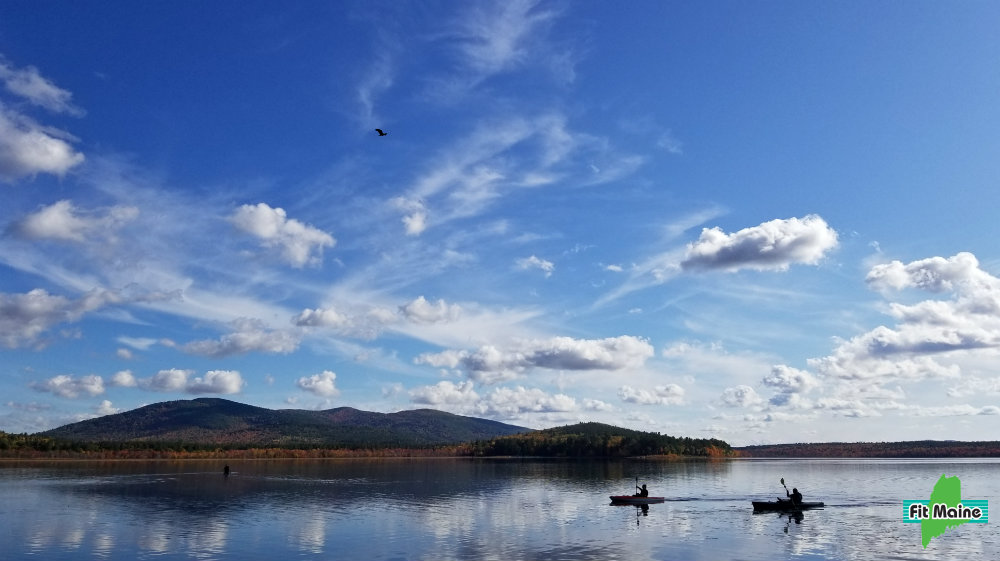 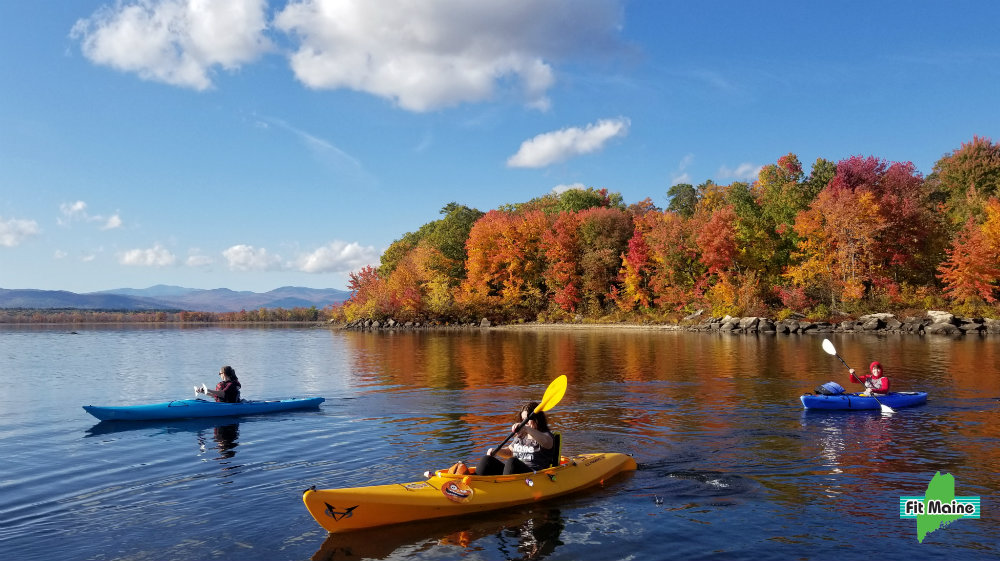 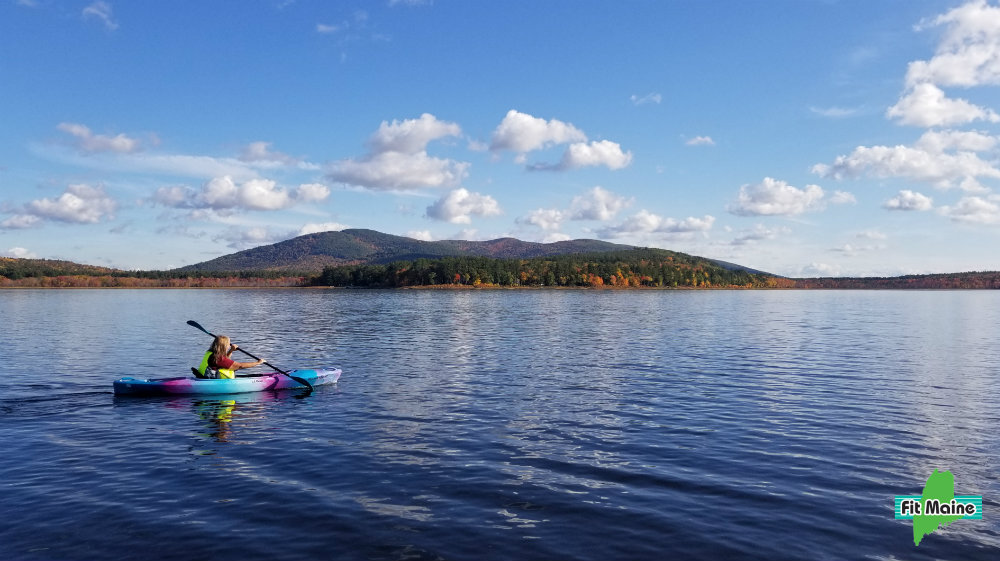 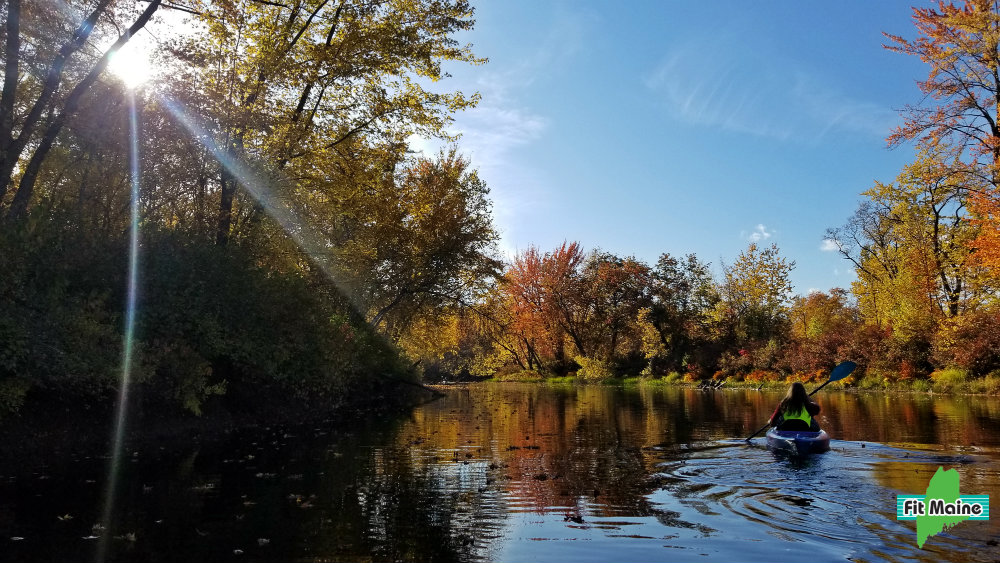 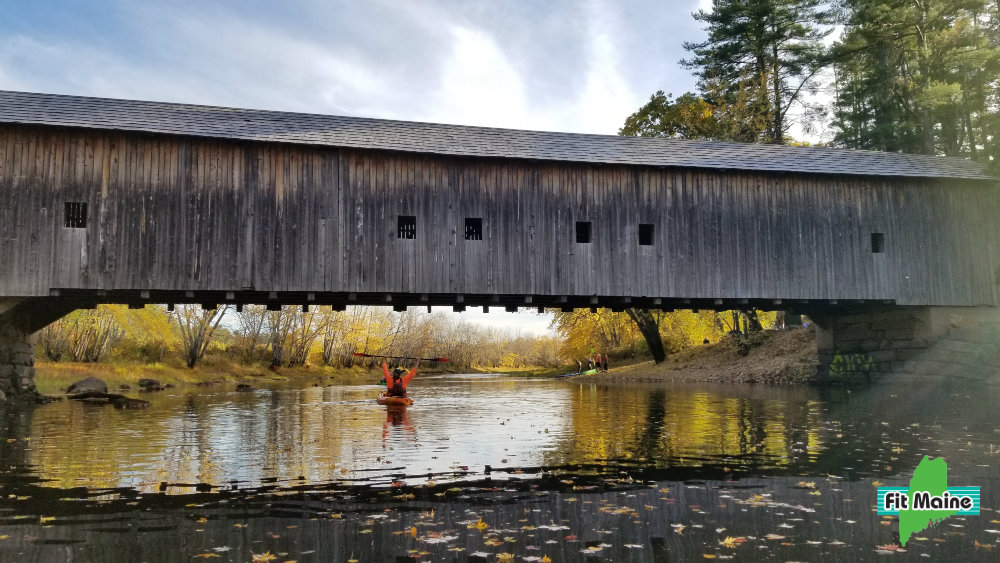