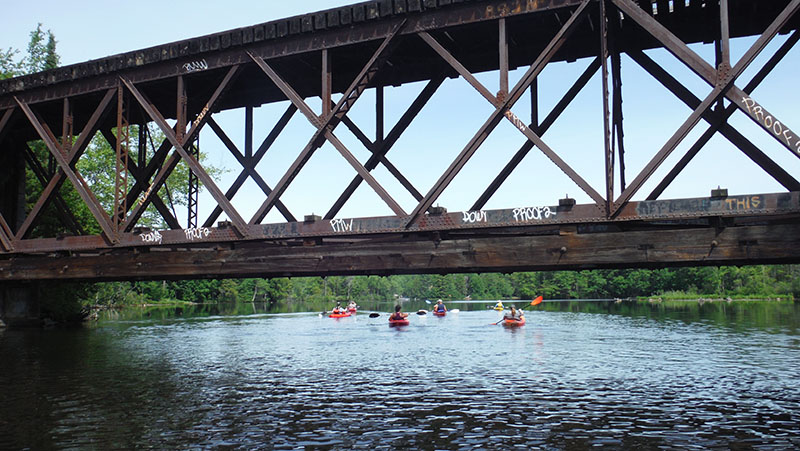 We know how meetups are supposed to work.

It was exactly what the founders of Meetup.com intended. (At least I think so. It’s possible their original plans were for a pancake delivery service called flapjacksnow.com, but maybe that domain was already taken or one of them went Paleo, so they decided to go in another direction.)

Fifteen or so of us arrived at the Pleasant River put-in off Mountain Division Trail in Windham. All but one were strangers to me, but that didn’t matter. Organizer Jessica greeted me with a “Hello!” and I immediately felt like a part of the group (turns out, lots of other folks there were new and didn’t know anyone else, either).

Some experienced paddlers came with their own boats, some came with paddleboards. And others rented from Sebago Trails Paddling Co. (three cheers for group rates and outfitters that drop off and pick up the kayaks for you)!

And here’s where things got really cool.

1. I discovered two people in our group had never paddled before. (They’d wanted to, but never had, maybe on account of not having the opportunity, or not having a cohort, or maybe they were apprehensive about trying something new that could potentially result in them upside-down in a river (valid concern, amiright?). And here they were, doing it, just as nature intended.

2. I also met a young woman named Hope through this meetup, who, as it turns out, lives TWO DOORS DOWN FROM ME in South Portland. Leave it to the internet to introduce me to my neighbors.

We paddled for a few hours, heading all the way to the Dundee Dam before turning around and heading back to where we’d started. We happened to notice a plethora of rope swings along the way (they grow like weeds on this river) and felt obligated to give them some attention.

So, the meetup is called “Let’s Go Do Stuff.” And I can attest, they do stuff. Jessica is lively and welcoming and the group is open to anyone with an interest in getting out into the world to, you know, do stuff.

Not all of their meetups are in kayaks (although there are more group paddles coming up, including a “Kayaking To View The Hot Air Balloon Launch” during the Lewiston/Auburn Balloon Festival). Some are – ahem – more booze based (hello, Open Winery Day and cocktails/trivia night!). There are hikes, camping and hanging out at the lake. Check it out. 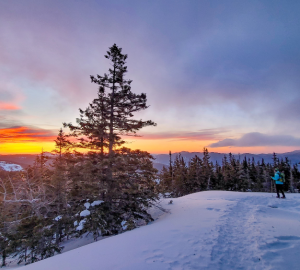