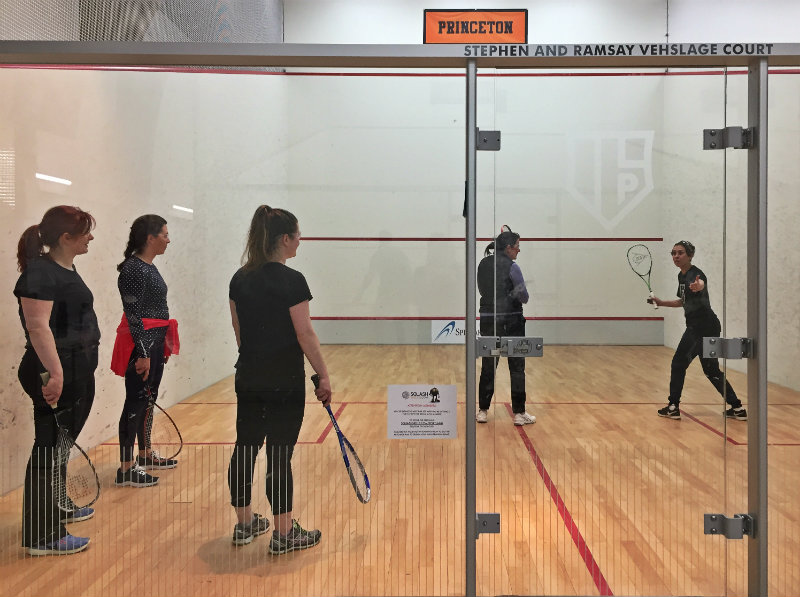 My squash-playing friends will cringe when I say this, but I couldn’t tell you the difference between squash or racquetball. It’s like tennis, but with a wall, right? Or handball, but with a racquet?

I admit this to make it totally clear: I know nothing about squash.

Scratch that. I know a few things now, thanks to a free beginner squash clinic at Portland Community Squash. 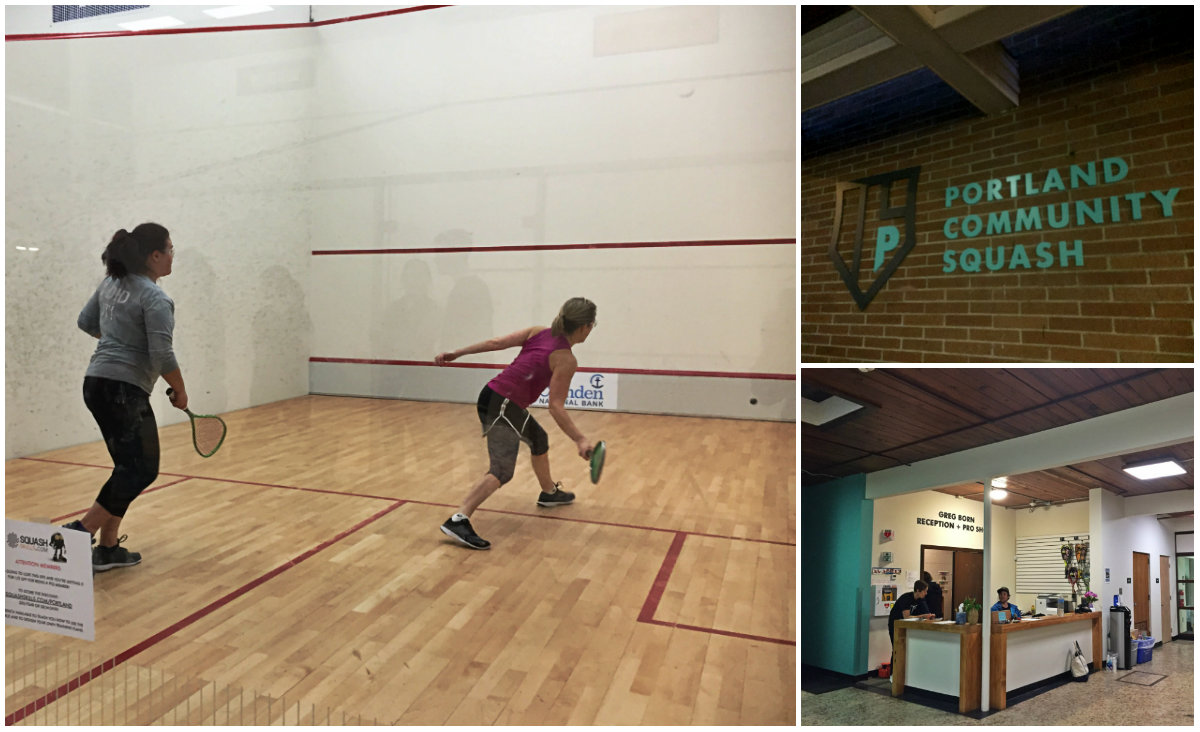 Portland Community Squash began in 2013 – they originally used nonregulation courts at the YMCA in Portland. But last winter, the organization celebrated the official opening of it’s new dedicated space on Noyes Street in Portland, in a building formerly occupied by a synagogue.

The building houses four regulation squash courts, gym, and locker rooms and membership includes access to the leagues and all fitness classes, too. Portland Community Squash also offers youth programs, and you can help grow and sustain the community squash effort by donating (and becoming a member, of course)!

If you don’t have gear, no worries. There are plenty of racquets, protective eyewear, and even sneakers available to borrow.

The Tuesday night beginner clinic for women starts at 6:30 p.m.. I arrived with a big group (the Ladies Adventure Club, which I’ve written about before) and we were divvied up among the courts based on our level of experience (most of us falling into the “never played ever” category).

And then we practiced swinging, then serving (I whiffed the ball A LOT), and then volleying (that ball doesn’t bounce much. It takes some getting used to)!

By the end of the hour, we’d each had a chance to experience game play and practice our new-found skills (admittedly, I got excited every time I actually made contact with the ball).

It’s just the start of what could grow into real squash-playing skill – whether we want to get competitive or play just for fun. (Side note, I’ve heard squash is a good workout, and I got a hint of that during our short play. Watching more-experienced players later that evening, it was clear that they were sweating their noggins off.)

Once you have some basic skills down, you’re welcome to start dropping in to games or become a full member. Barrett Takesian, executive director of Portland Community Squash, said they’d already had a few dozen new members sign up since opening the Noyes Street location – and many of those folks are beginners. So whether you’re an experience player or just learning the basics, you’ll be in good company.

66 Noyes St, Portland
207-221-6454
pcsquash.com and www.facebook.com/pcsquash
Want to give squash a try? Beginner and intermediate clinics are offered every week at PCS. Racquet and safety glasses are on hand to borrow, as are sneakers if you need them. The clinics are FREE.
Beginner clinics: 6:30 p.m. Tuesday for women, 6:30 p.m. Thursday for men 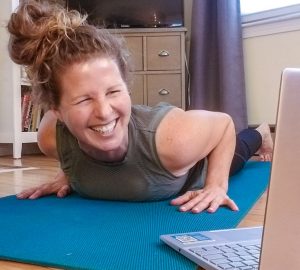 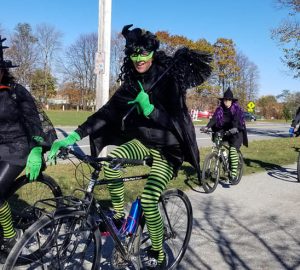 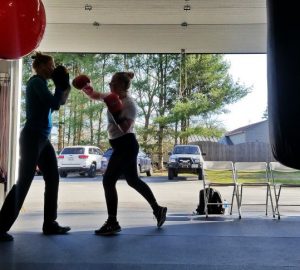